The first one was the title Golden Partner of the Ready Brno (Připrav Brno) project from the City of Brno. HUTIRA – BRNO was awarded as an organization committed to emphasizing sustainability and thus reducing greenhouse gases and making a positive contribution to the adaptation of Brno to climate change. Only those companies that have committed to the implementation of their projects in all eight areas targeted by the Memorandum of Long-Term Cooperation has become golden partners.

HUTIRA – BRNO received another important company award in the annual prestigious IBM Company of the Year 2021 competition (formerly known as Vodafone Company of the Year). It got a special award for the Most Economically Successful Company in the South Moravian Region. The jury appreciated the fact that our company informs the public about its financial results in accordance with the law, and that the economic health of the company represented by the Cribis Index qualifies our company as a very suitable business partner.

The award is all the more significant for our company because only 10 business from the entire South Moravian Region advanced to the regional finals. The competition in such a developed region as South Moravia is therefore particularly high. The companies advanced to the regional finals on the basis of points awarded by a four-member organizing jury, which evaluated several aspects.

In addition to the general facts, the jurors took into account the company’s contribution to the region, the business plan, the website and, last but not least, economic data and thus the company’s economic health, such as absence of tax arrears or health insurance and social security contribution arrears. Absolute credibility and reliability towards employees and business partners is at the top of the value scale for HUTIRA – BRNO, which is confirmed by the award. 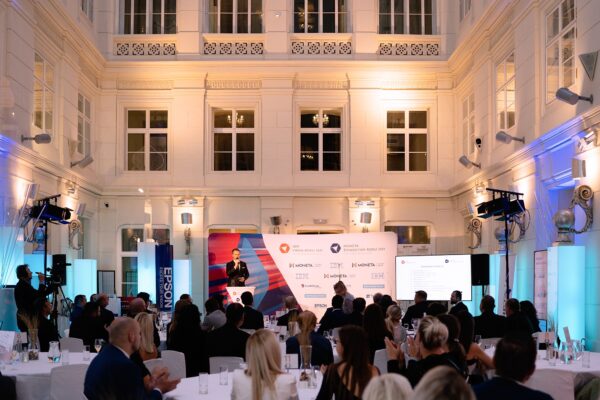 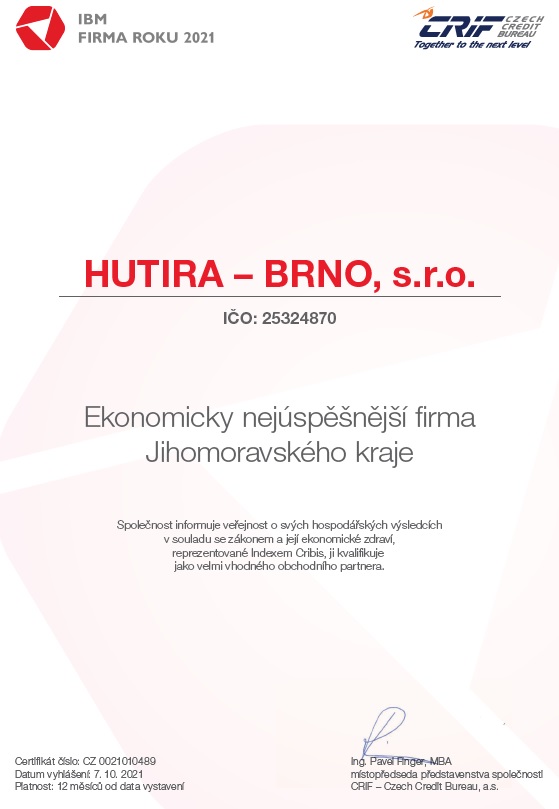 Do you drink water from the well? You must keep a check on the following risk elements .

If you agree to the use of all cookies (technical, analytical and advertising), click on the button below "I accept all". If you only want to accept or reject some cookies by category, click the button below "Detailed settings". You can change your cookie settings at any time.

These cookies are necessary for the proper functioning of our website, so it is not possible to disable them. You can set your browser to block these cookies. We warn you that in such a case some parts of the website will not work.